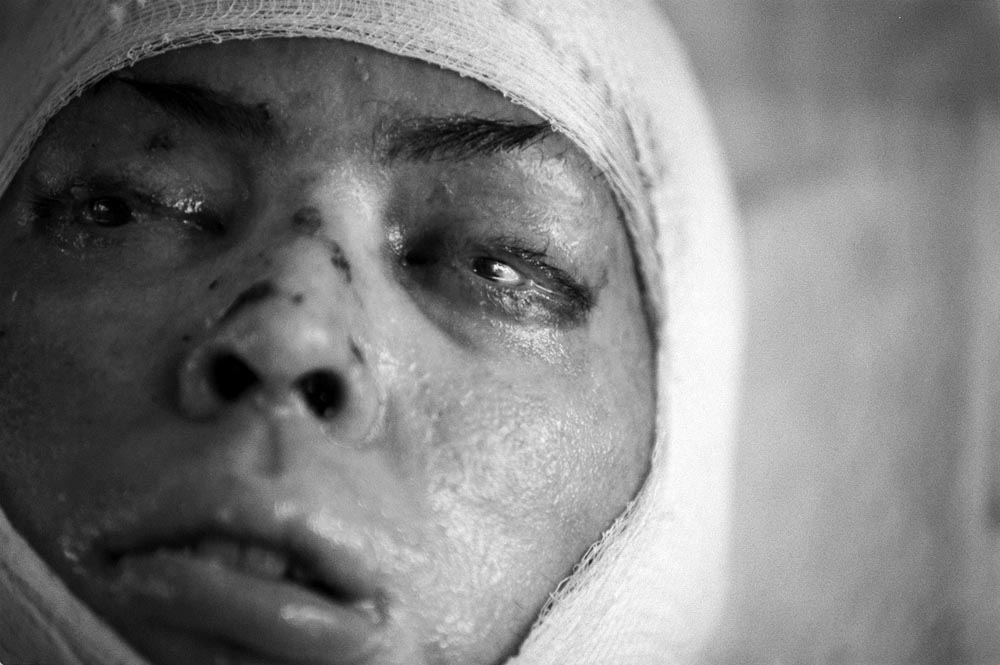 
While Shawn is well into his recovery, his roommate Alvaro Llanos is still fighting for his life. Alvaro was burned over 58% of his body. Three months after the fire he stares aimlessly into space as he awakens from his coma, his eyes paritally sewn shut by the doctors to protect his corneas.