An Uncertain Future: The Bedouin 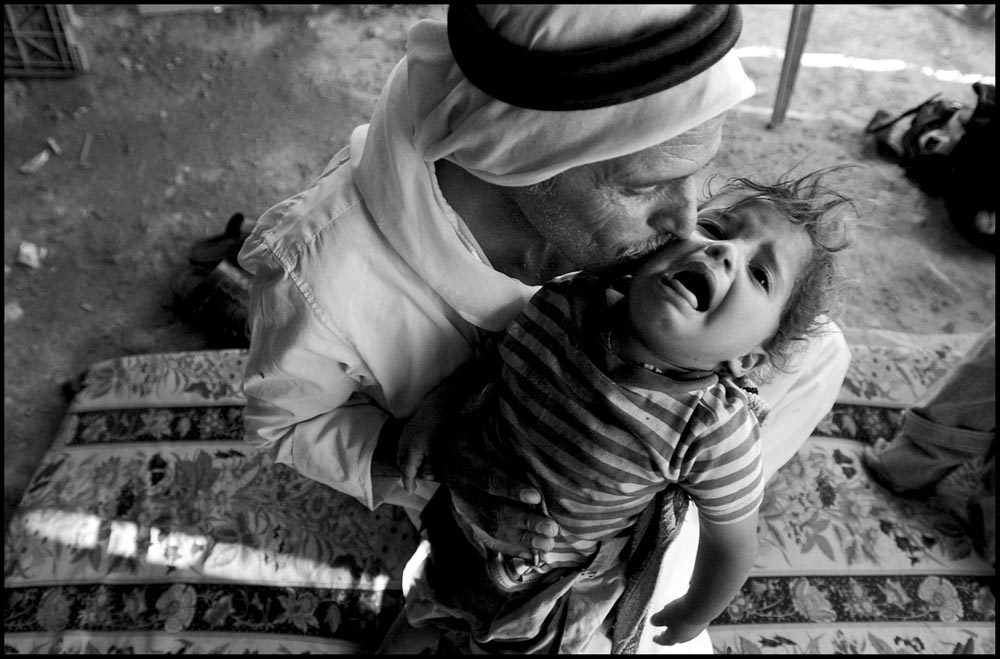 
Ahmed Hassan kisses his youngest daughter after she awakens from her nap in tears as he sits in his tent along the road to Jericho on the West Bank. The Bedouin tribe that lives in the hills called Khar-Ahmar on the Jericho road near Jerusalem have lived there for 35 years. The 20 families on the hill try to cope with the loss of tourists, who pay for camel rides, after the recent swell of violence in the region.