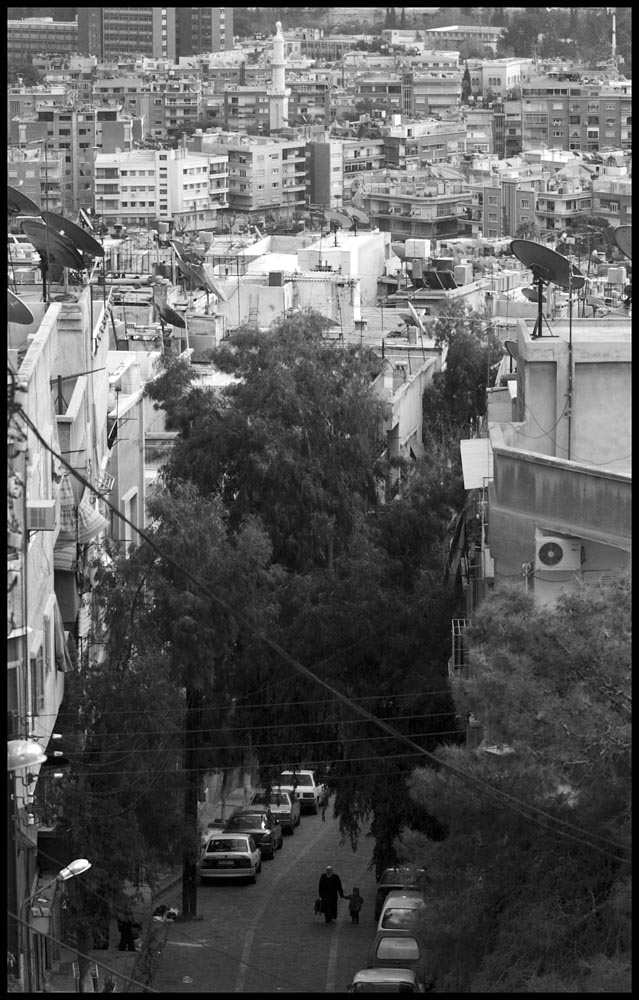 
A woman and child walk together on a street in the northern district of Damascus, Syria on a December afternoon. Syria's economy has failed to keep pace with its rapidly growing population in recent years. Unless Syria manages to open its economy to foreign trade and investment, many analysts believe the country will be doomed to increasing poverty and unemployment.