An Uncertain Future: The Citidel 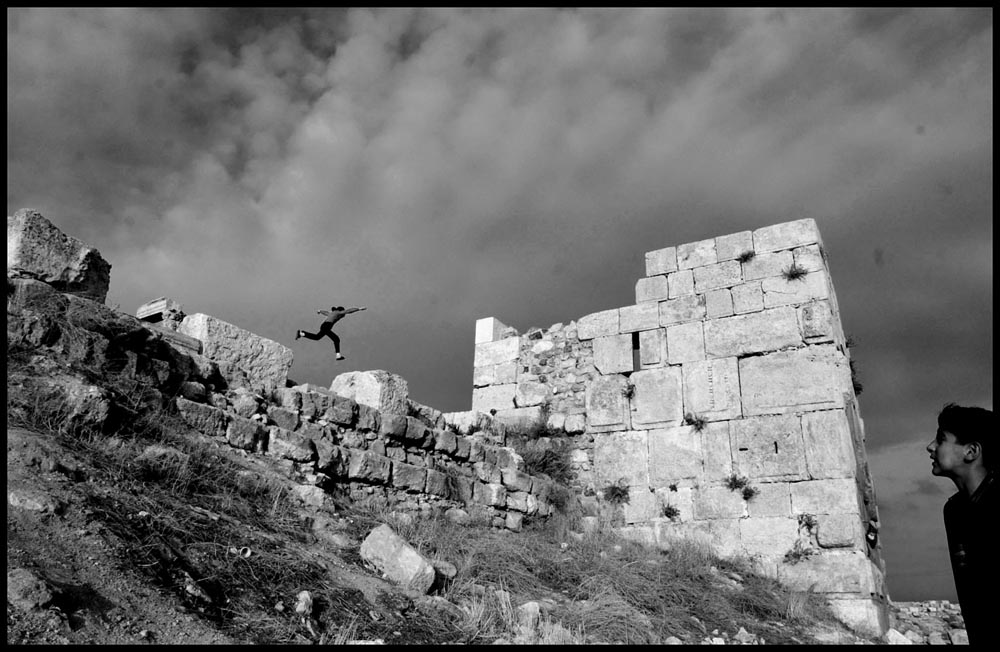 
Nine year-old Sali Samir Asan Sahin jumps from ancient rock to ancient rock at the top of a hill where the Roman Temple of Hercules, 2nd century A.D. rises in ruin in the center of Amman, Jordan. She lives nearby and plays of the rocks often.