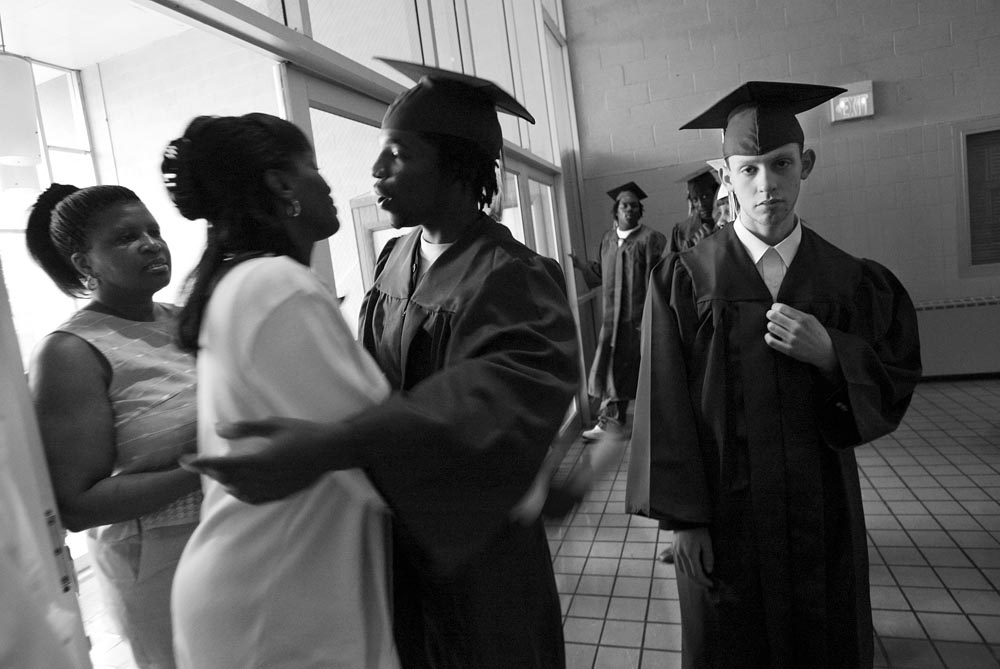 
Valedictorian David Tingoli (right) spends the last few minutes before graduation alone, as his classmate Ronnie Davis (center) greets family members entering the school. Tingolie , a loner spent 4 years at the school after being thrown out of standard public school in Orange due to violent behavior. In October, 2004, Davis was shot in the head and killed during a dispute over a woman.