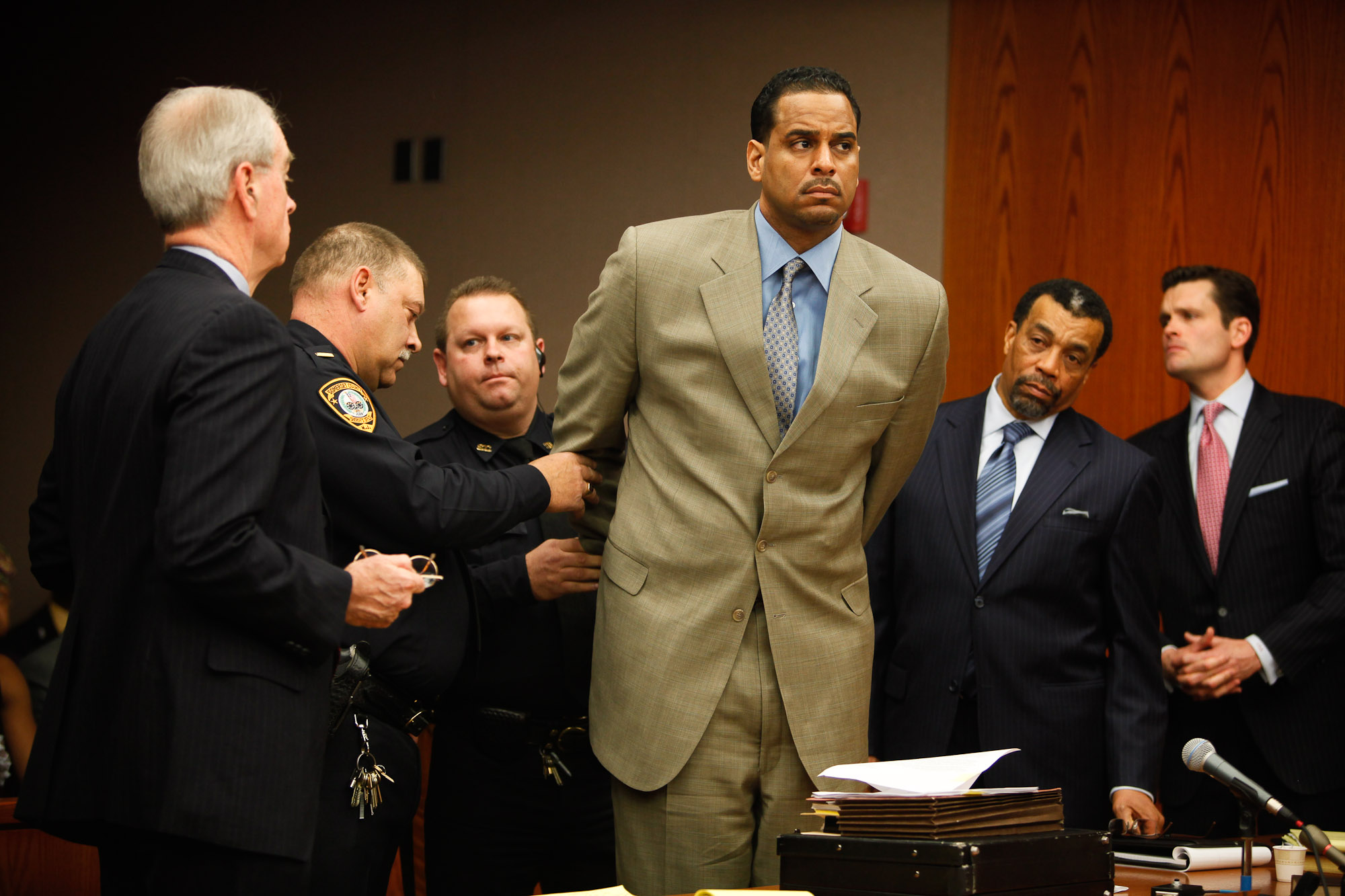 
Jayson Williams is handcuffed by Somerset County Sheriffs Officers as he is taken into custody Tuesday, eight years and 10 days after he fatally shot his 55-year-old limousine driver Costas Christofi at his former Hunterdon County estate.

Williams, 42 is sentenced to at least 18 months in prison Tuesday as he appears before Superior Court Judge Edward Coleman.

Williams pleaded guilty Jan. 11 to a downgraded charge of aggravated assault under the terms of a plea agreement reached Dec. 24 with the State Attorney General's Office, which took over the case from the Hunterdon County Prosecutor's Office.

Williams, who was awaiting retrial on a reckless manslaughter charge, also waived his right for post-conviction relief, a legal motion to set aside a conviction before filing an appeal.