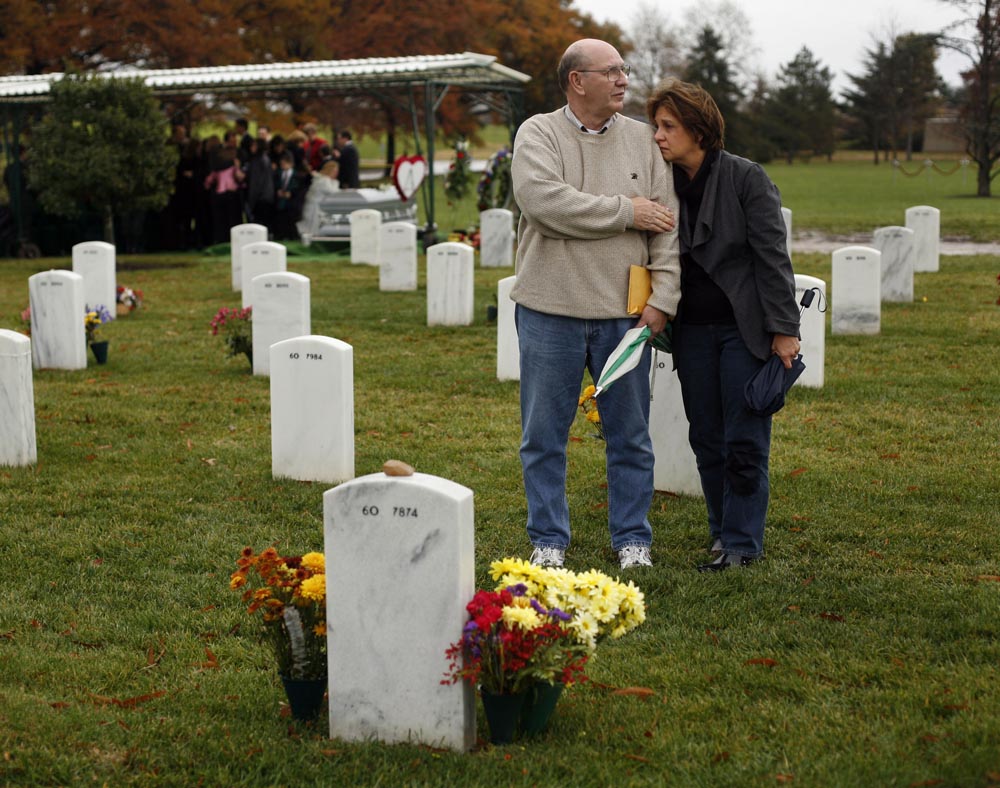 
Frank and Judy Adamouski stand together at the grave of their son James in Arlington National Cemetery. Parents of Black Hawk pilot killed in Iraq, Frank and Judy are one of an apparent increasing number of Gold Star families who turned to Freedom of Information Act to navigate their way through through the fog of a controversial war and the loss of loved ones.

Capt. James Adamouski, 29, of Springfield, Va./Savannah, Ga. died 04/02/03 in Black Hawk helicopter crash near Karbala Gap in Iraq. He was piloting. The military account has changed from friendly fire to hostile fire to pilot disorientation.

In days after the crash, his father had FOIAed the maintenance records....took more than a year for him to get them...now the theory is that it was friendly fire, based on his conversations with crew in other helicopter on the mission.

The funeral for CW4 John Priestner, Apache Pilot killed in Iraq, 182 Battalion, 82nd Combat Aviation Brigade has just ended behind them. Photographed for The Star-Ledger