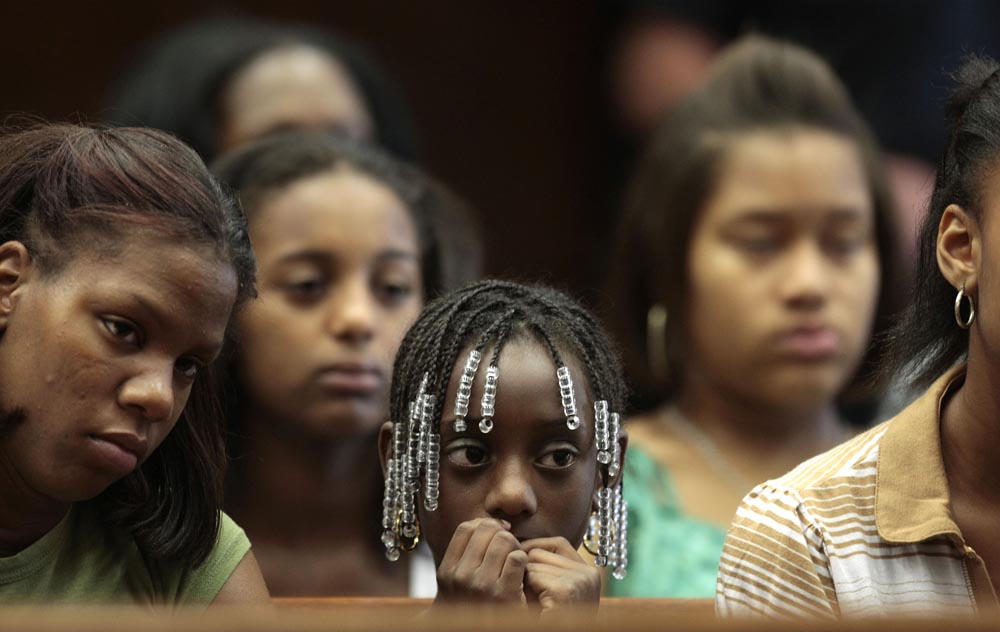 
Kala Jenkins (age 9) (center), the daughter of murder victim "Rocky" Jenkins sits in Essex County Court during the sentencing of her father's killer Edward Peoples. Seated with her are Medina Kenkins (left) a niece and Faja Jenkins (age 13) (left center behind), "Rocky" Jenkins other daugther. Edward Peoples of Newark, NJ is sentenced to 65 years in prison before Essex County Superior Court Judge Michael Ravin . In the court were the victim, "Rocky" Jenkins' family including his parents and his daughters. Edward Peoples tried everything to avoid a murder conviction, including spiriting his girlfriend out of state, going on the lam and convincing a friend to testify he wasn't there. Photographed for The Star-Ledger